When Chad came to Sullivan in 2013, the existing school health clinic had just closed and Ginn Group Collaborative was on site, conducting analysis on why it had closed and how to reopen a clinic that would be more impactful and financially stable for the school. With Chad’s guidance, the Flagship SMART® Clinic opened in Sullivan High School in September of 2013. Thomas credits this as the most crucial asset in his work, which dramatically transformed Sullivan from the lowest performing high school on the north side of Chicago into a flourishing neighborhood high school. Through his leadership, and with the SMART® Clinic in place for the last eight years, the school has seen the graduation rate rise from 40% to 70%, the Freshmen on Track to graduate rise from 65% to 95%, and a 20% increase in college enrollment.

Chad is currently a Professor at the University of Loyola. He earned his Bachelor of Arts in English Education from Quincy University and a Master of Arts in School Leadership from Concordia University. 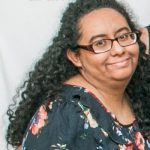